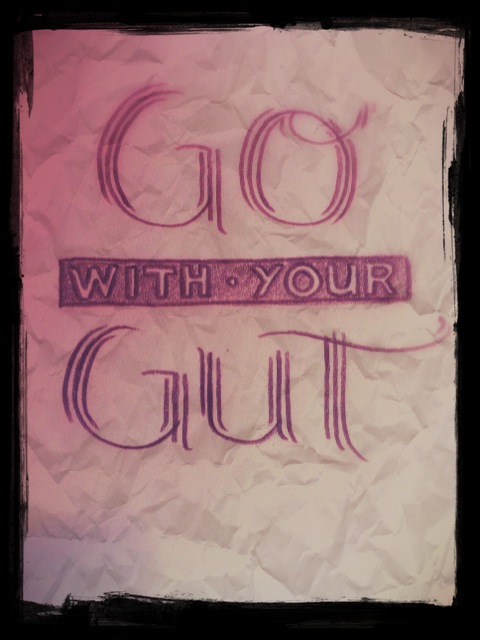 The Voice Within – Yoga Becomes The Medicine Against All Odds

Six months ago, the mother of a student emailed me asking for private classes. The opening line of the message said “Dear Miss Malinverni, I have been looking... I have been looking for healing...” She told me about her diagnosis: She has a degenerative eye disease, which according to Western medicine cannot be cured and eventually leads to blindness. I replied that I didn't think I was the right person to help her. After all, I was only a yoga teacher, not a therapist, never mind a healer. However, this lady, let's call her Anja, would not take no for an answer. Eventually I agreed to setting up a few sessions.

For the last six months we have been working together. The first time I saw her, I had to hold back my tears. I was so touched by her trust in me and her willingness to be here. Strangely, even though I had no idea where I was going, I somehow knew where to start. I worked intuitively and created a practice that combines yin poses with different Pranayamas to soothe the nervous system. I created meditations around themes like taking refuge, accepting what is, trusting the process and allowing ourselves to be okay with only 50% of what we think is barely good enough. One Kriya particularly resonates with Anja: She loves Brahma Mudra because it is directly connected to the sense of sight. She says she feels a difference since she has been doing it regularly, which is now every night.

Anja's eyesight really is a handycap. There have been several occasions where her whole body was temporarily paralyzed in shock because out of the blue she could no longer see. Still she goes everywhere and tries to do as much as she can on her own. She is incredibly courageous and humble. Even though the work we do together is quiet and somewhat repetitive, I feel uplifted every time, and still as touched as I was the first time we met.

When we sit down together, I always ask her for an update on her health. She often tells me about her daunting doctor's appointments. Most of the experts she has seen either play her condition down or are flat out patronizing and tactless. There is one eye doctor who basically told her to get a grip and a white cane with a pair of dark sunglasses. But Anja is not the kind of person who gives up. Just a couple of weeks ago, she went to see a very special optologist. The optologist told her that due to a long ago car accident her pupils have shifted their position and are facing slightly outward. It is thus more difficult for the brain to create one single image from two slightly dislocated sources of information. Because of that difficulty Anja's nervous system is in constant fight or flight mode and the glands are constantly emitting stress hormones into her blood stream. Which also explains her chronic acidity and insomnia.

When she said this my eyes widened! Everything we have been doing over the last six months was aimed at calming and centering. I had intuitively chosen that approach because it seemed a no brainer that when the nervous system is more relaxed, all the resources needed for healing will be replenished. When we breathe deeply and relax our muscles, it tricks the body into what we call rest and digest mode (as opposed to fight or flight). In other words the parasympathetic nervous system responds and creates overall balance in the body. When we do something to relax us – and that could be as simple as going for a walk or reading a book – the brain assumes that there is no immediate danger and everything can let go: The heart rate decreases, the blood pressure drops, the blood flow is directed into the digestive tract. All bodily functions work harmoniously.

All Anja and I have been doing together is aimed at relaxing and regenarating the system. And in a flash we found out that this is the precise antidote for Anja's constant emission of Cortisol and Adrenaline.

I am realizing, however, that Anja knew. Not in an intellectual way. But she was so sure she wanted to see me and only me. I'm not saying this because I think I am particularly good or special. I am saying this because it reminds me of a miraculous thing: We know. We always do. If only we have the courage to elbow our intellect out of the way, another type of wisdom can get through. We begin to listen inwards and hear our inner voice. Call it intuition, gut feeling, inner guru, guidance. But it usually takes us down the right path.

Inspite of all the doctors talking down at her and ignoring her instincts, exhorting her to give up hope and settle for invalidity, Anja has never given up. She has listened to her inner voice and she has gone where that voice led her. Now, many months later, there is even a scientific explanation for what she immediately felt was the way to go. She was imperturbable. And she was right to be so.