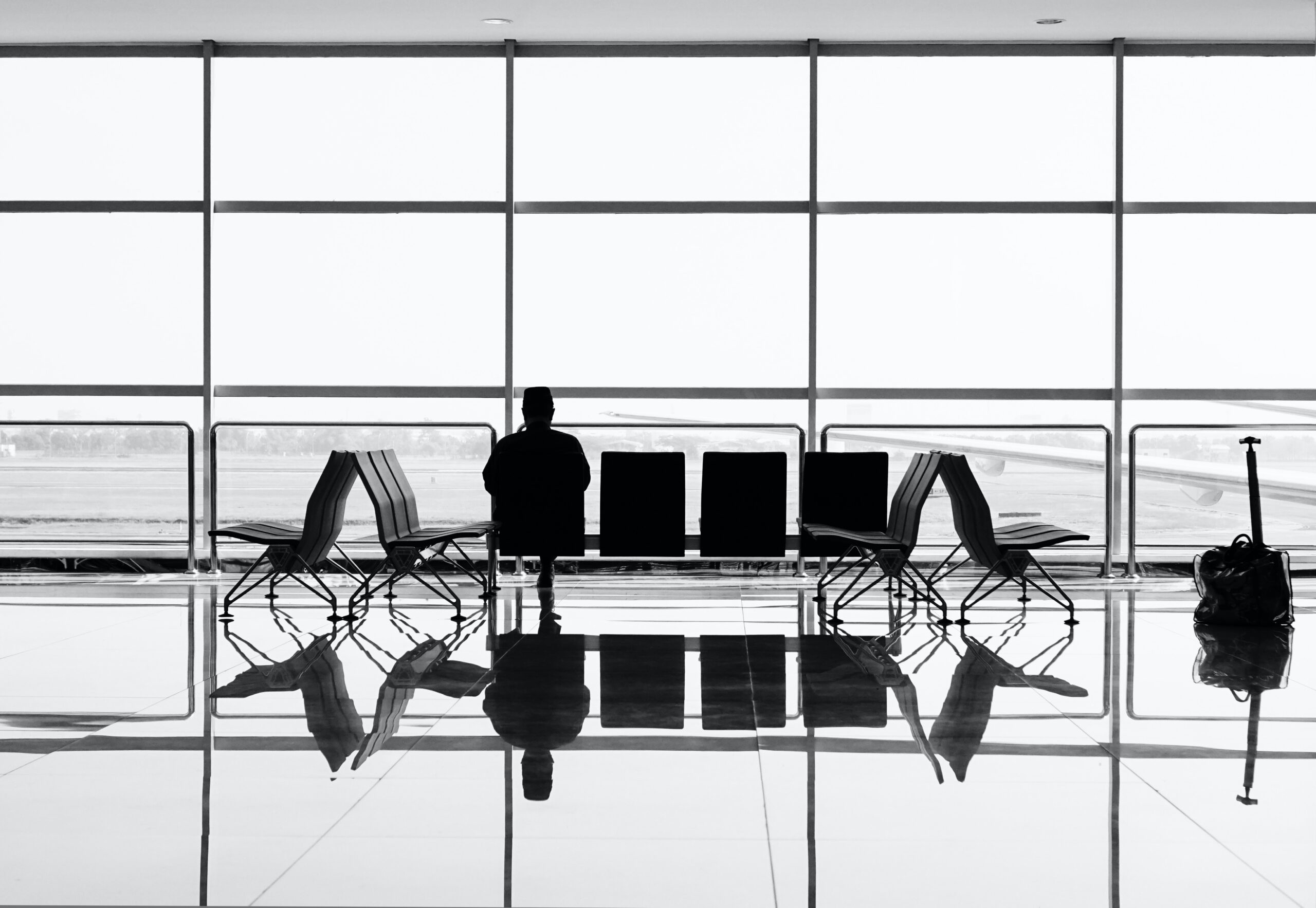 American airports are not exactly what I would call friendly places. On the way in, you feel like a criminal. I always find myself jumping through a series of hoops because some genius didn't take the green slip out of my passport back in 1996. I was fourteen and on a family trip, but they like to assume I remained in the United States illegally, outstaying my tourist visa. But they can't prove it, so they've always ended up letting me in. Still it's unpleasant. I always feel guilty until proven innocent.

On the way out it's usually much easier. They can't wait to get rid of you. Even though Kenendy Airport is a buzzing beehive, the security check is usually efficient. This time, however, I was stopped in my socks after being scanned from all sides. The African American lady officer asked me: “Miss, are you like me? Do you have a belly?” I couldn't help smiling: “No, I'm pregnant.”

“Ok, then we need to pat you down.” And she looked around calling out to someone. I expected that she was going to search me and took a step towards her. She motioned me back onto where I was standing before and said: “No, I can't. In my religion the baby belly is sacred. Only the mother and the father are allowed to touch it.”

She didn't seem to mind that one of her female colleagues was going to touch me, but she went out of her way – maybe even broke some security rule – in order to honor her beliefs and my space. In all these decades traveling in and out of the United States I have never seen an official respect an individual's condition at the expense of their own authority.

I was dismissed and turned around to gather my belongings from the belt. Tears started to well up.

All the way to the gate I cried. In the middle of the homeland security madness, someone had stopped to think about motherhood. Someone had taken a moment and had seen behind the passport number.

A kindness shown in a place that usually has no room for soft spots. I think I have never seen that happen before.