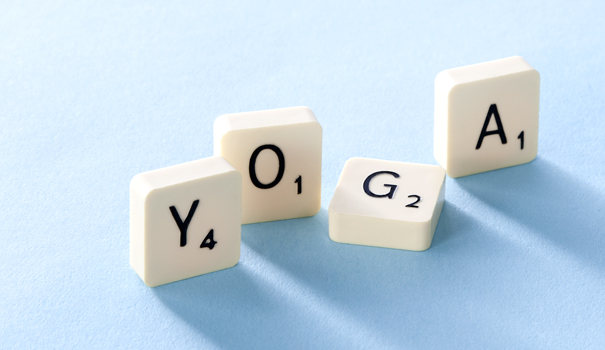 The Language of Yoga

When I was in university I studied with famous sociolinguist, Professor Peter Trudgill. He was anything but a dry scholar. His lectures would fly by while he entertained us with phonetic variations of African tribal dialects and British accents.

He always used to say that language was alive as long as it was spoken. If a language is used, it changes all the time. And the more it is spoken, the more variations, new words, slangs, idioms are constantly created. Once a language ceases to be actively used, it stops evolving and starts to die.

If you want to squeeze a language into a standardized set of rules, you are strapping it into a corset and suffocating it. You can write your grammar books and dictionaries, but in a few years, they will be obsolete. Language as we knew it will have moved on.

Of course we do need a few rules, just to understand and be able to write to each other. But what was wrong a few years ago, is no longer agrammatical today. New words pop up like mushrooms. Ever heard the word “woke?” Exactly.

Yoga is a language like any other. More and more people all over the world speak it fluently. Vinyasa stlye, so to speak. And yes, alignment-based rules and approximate class skeletons are not a bad idea. But you can't stop people from playing with it. New ways to phrase a yoga sequence will develop all over the world.

It's still yoga. Just like Iberian Spanish, Cuban Spanish and Argentinian Spanish all sound different. But they're all still Spanish.

Teaching and even practicing yoga means becoming a channel through which this language is expressed. In the words of Sting: “I don't think you write songs. They come through you.” We are all unique individuals, shaped by our personal experienes, influences and predispositions. We rub off on the language as we speak. What trickles out of my individual channel will sound different from what comes through yours.

We may color yoga in our own way, but it is still yoga. Just with a different accent and different cadence. Personally, I like the fact that there can be no right and wrong. Simply different channels and different colorings.

I am always baffled when teachers want to freeze their thing into a lineage or brand or style. That means they label it and create set of rules that need to be upheld. It paralyzes the language. I feel gagged just thinking about it.

There is no such thing as keeping a lineage pure. The lineage became what it is today, because of constant change. If it is kept alive by practitioners, it is also bound to keep changing.

Just last night my husband said to me: Knowledge and love are the only things that are not reduced by sharing. The more we speak and exchange, the more refined language becomes. This is how we learn new words and ways that will benefit us all.

I believe we all want permission to play with it and to find our own way into yoga. Granted, it takes more courage to investigate, tune in and carve our own path. It's more work than following the standard grammar.

When you learn a new language, you want to be able to eventually joke in it right? You want to be yourself in this foreign syntax. When you slip into yoga, you want it to feel like a second skin. Otherwise it's not natural, it's just another corset.